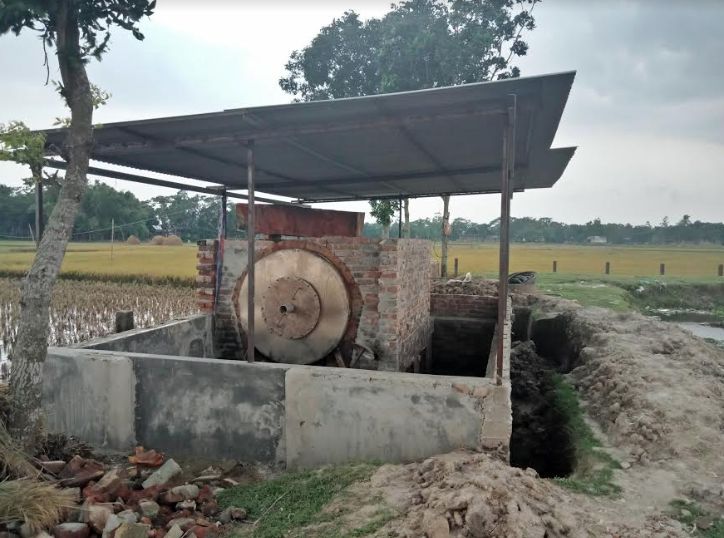 Polythene is a major problem around the world. Since polythene is not perishable, it has a serious adverse effect on the environment. If polythene can be transmitted to the fuel or material used by processing and printing, then it will be possible to protect the energy of the environment, as well as solve many more problems including waste management.

Nuclear structure of polythene and fuel oil is the same. First, liquid compounds are prepared by breaking the molecular structure through processing, which requires special filtering to be used as fuel oil. In the research, innovators have created some small size filters, which can be used to produce petrol and diesel used by motorcycles. a2i gave them necessary technical and financial support in this project.

a2i, the world’s first open administration Innovation Lab, attempts to guarantee simple, moderate and dependable access to produce qualitative fuel. a2i pursues a multi-pronged methodology to do this. To do as such, the innovator HM Tawhid has created a gadget for producing fuel from plastic through the A2i Program Service Innovation Fund.

Bangladesh is no more a land full of population or flood or hunger, rather we have proven our self as a country with full of opportunities. Now we learn how to convert problem into possibilities and we start believing our 170 million people is no more a problem rather assets like HM Tawhid from Jamalpur in greater Dhaka District.

HM Tawhid is a young man around 25 years old. He has finished his higher secondary school from Govt. Ashek Mahmud College, Jamalpur. He didn’t get any higher education or any mentorship from any teachers or scientist. He just uses his intellect and he thinks simply and today his simple intellectual thinking give him a new world of young scientist for his tremendous impactful innovation where he produces fuel from waste poly and plastic.

With its prior experience of working with education technologies like multimedia classroom, teacher’s portal (WSIS Champion 2016) and multimedia talking book (WSIS Winner 2017), a2i saw the opportunity of developing a widely accessible platform for solving the demand and supply side problems of the fuel sector in Bangladesh. GoalsThe project was designed to meet the following objectives:• Helping people to reduce poly waste from the country through the machine named reusing plastic for producing fuel. • Helping the country to cope up with supply and demand side problem of fuel.• Save the nature through waste reduction.• Producing enough fuel without disturbing the natural eco-system.

To fulfill the above mentioned objectives and solve the challenges identified earlier, a2i from the ICT division’s Office with important stakeholders has created a machine for “Reusing poly for producing fuel’ through the A2i Program Service Innovation Fund. With the help of which people from off-grid areas can get quality fuel like people who are living in cities. Most important fact regarding this project is it is less expensive.After a year-long design and development phase, this machine was launched in January, 2016 where as its piloting started during 2015 and its impact start coming from 2017.

Until 2017, the machine called “Reusing poly for producing fuel” has already made remarkable achievements in helping people in producing fuel from waste. To address this major environmental problem an innovator Tawhid has developed a technology that can transform waste poly into fuel.He breaks the molecular bond of poly and plastic and turns it to another form of carbon where we get raw fuel (Diesel/Petrol and Kerosene) and not only that by also as byproduct with coal and gas. He uses heat in a high pressure to change the carbon form and convert poly to fuel in 2:1 ratio. That means, if we burn 100kg of poly/plastic we get approximately 50 liter of fuel. The process mainly consists with a chamber where we burn poly/plastic in high pressure then sent this poly/plastic in gas form into three different pipes that is through condenser. In condenser we do heat and pressure transmission. After first burn we get crude oil then again heating into 120 to 150 degree we get Petrol, burning petrol from 150 to 200 degree, we get diesel and above temperature we get Kerosene.

The challenges faced can be segregated into two types:

To handle the potentially large amount of users and to maintain seamless linkage with the users through this machine a2i is taking lots of initiatives.The training provider officials are providing enough training to the users so that users can enjoy the ultimate advantages of using this device and be able to handle all the features of the device and can create some major affects in waste management, employment creation and most importantly in producing fuel for the country.

This device called “Reusing plastic producing fuel” is extending partnership with some of the ministries and directorates in the government which are mandated to develop capacity of fuel in Bangladesh. Already partnerships have been developed with the following entities:

But this device is not limited to the users of government only. Rather, there is an equally important focus on non-government organizations. Already partnerships have been formed with the following to offer training to their staffs using this device:

Finally, partnerships have been formed with academic institutions which can contribute with world-class suggestions:

The device for Reusing plastic for producing fuel is relevant to the WSIS Action Line for C6 (Enabling Environment) whereby ICTs can contribute to achieving universal standardization worldwide in the field of fuel, energy, environment and training within the framework of national e-strategies.

Reference to the 14th point in WSIS Action Line C6 (enabling environment) this project focuses on developing fuel production, standardization and creation of Entrepreneurship. Moreover, it refers to the unique challenges faced by Bangladesh, an LDC, and how these have been overcome during the project.